Prior to the the industrialisation of South Wales, the seaside resort town of Swansea enjoyed a larger population than the capital – Cardiff, it had a bustling Market economy that encouraged the rural traders of Gower and beyond to visit and sell their produce and an important port trading with the world.

As the town has grown there has been more than one location for Markets in Swansea, an original locatef more towards the Castle area and there was also a fruit market situated in Alexandra Road near the GWR Railway station, however the more popular market was sited on the present site bordered originally by Oxford, Waterloo, Union and Orange Streets.

The original grand facade and large covered roof  was destroyed in the destruction of the town centre during WW2 and the current indoor market was constructed in the late 1950s. 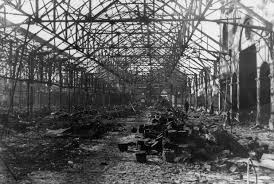 Wartime damage to the market roof in Swansea 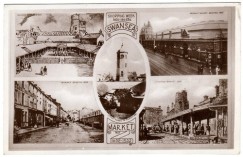 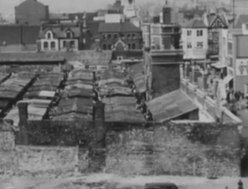 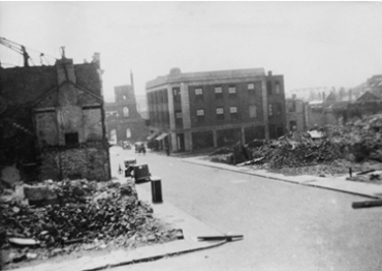 market at Swansea by John Nixon 1799

Wartime damage in the blitz of february 1941

Swansea Market from oxford street in 1897